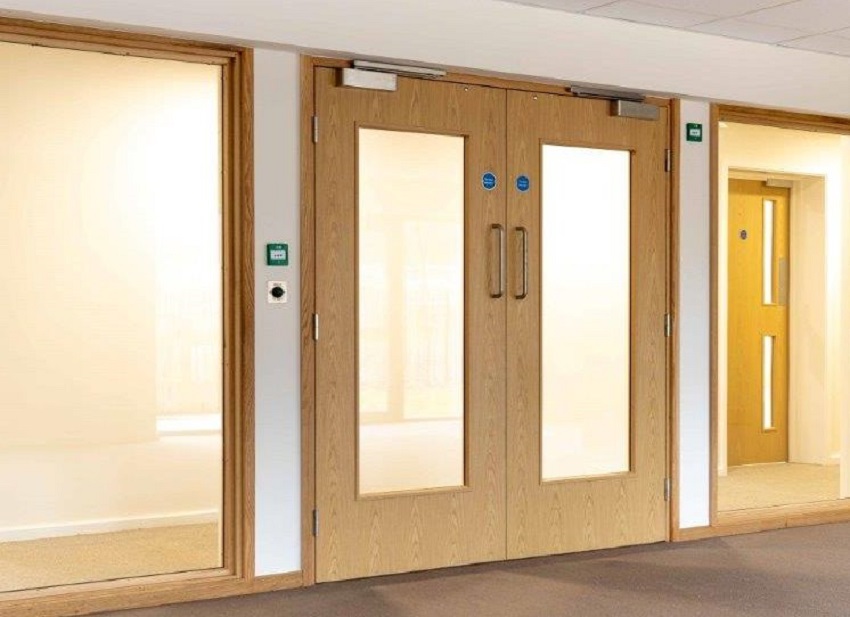 Fire doors are used to provide fire resistance or fire protection from fire for a specific period of time. In some cases, fire door assemblies have been assigned fire ratings – the most common being 1 hour, 2 hours and 3 hours. A fire door manufacturer usually provide the information on the label of how long it is expected to resist fire. Fire doors are also known as fire-rated doors or containment doors, and they are widely used for homes, offices, businesses, and hospitals.

Where are fire doors required?

Fire-resistant assemblies are also used as fire separations to protect openings such as windows and doors in buildings, but they do not provide any fire-resistance rating on the opposite face.

These fire doors are built so that the fire-resistant material is on one side of the fire door, while the other side consists of a fire-rated wall assembly. The fire-resistant door material provides fire resistance without fire protection to openings in non-fire rated walls.

Fire doors provide a fire-resistant physical barrier between a conditioned space and an unconditioned space. Some of the advantages of using fire-rated door assembly include:

When do you need a fire rated door?

The fire door must be used based on its designated rating. It operates at the pressure of 0.02 inches W.C. At this condition, it can resist an internal room temperature of 752°F (400°C) and external temperatures up to 2000°F (1093°C).

It is recommended to install fire door assemblies in the locations where they are expected to have maximum effect. Such as at openings between rooms or spaces that are required by building code or life safety code to be separated from each other.

Fire doors are also useful wherever there is a need for the separation of limited areas based on occupancy classification. They can also be used for limiting the spread of smoke, heat or fire into or out of separated areas to limit the threat to life safety.