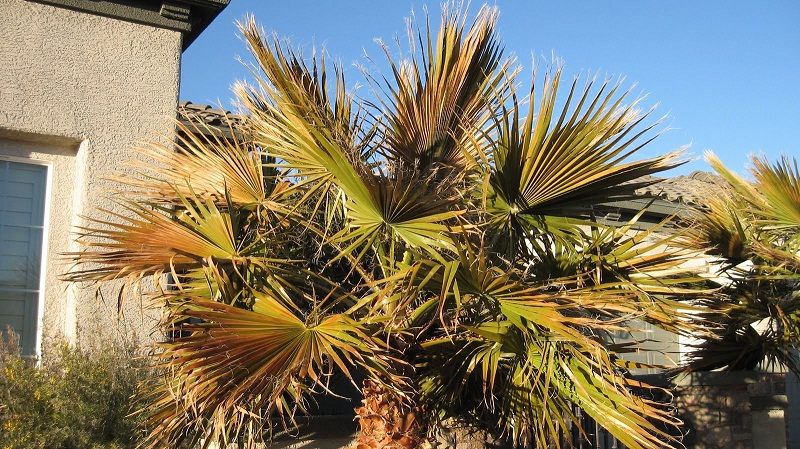 The red palm weevil is a plague that is causing the death of palm trees throughout the Mediterranean and mainly in the province of Alicante, wherein towns such as Elche. In its famous Palmeral, is creating a serious problem. In this article, we are going to tell you how to treat the red palm weevil in palm trees?

Our landscape is being altered by a plague, which since it was first detected in 1995 in Andalusia. It has not stopped sweeping the palm trees wherever it arrives.

What is the red palm weevil and how does it affect the palm tree? 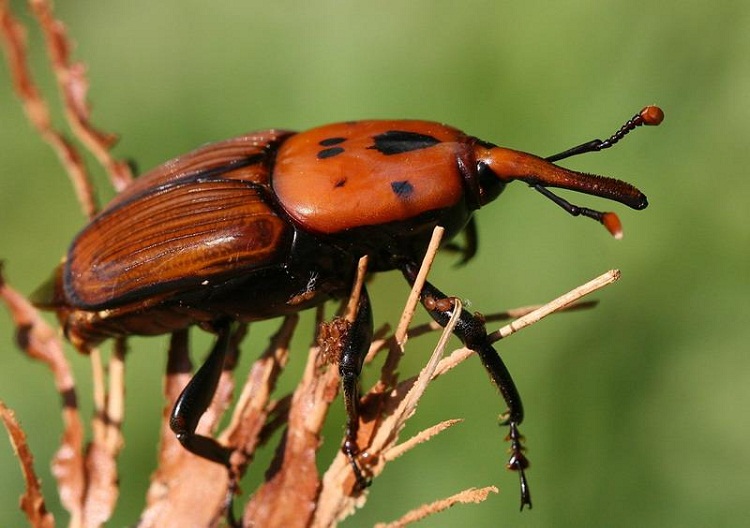 First of all, we will know what the red palm weevil is and why this insect is so dangerous for palm trees.

Originally from Southeast Asia and Polynesia, the red palm weevil (Rhynchophorus ferrugineus) is a species of Curculionidae Coleoptera. It has a size that oscillates between 2 and 5 centimeters and its reddish color makes it easily identifiable.

It is a very harmful insect especially for the coconut tree, the oil palm, the Canary palm, and the date palm since its larva is capable of digging galleries up to one meter long inside the trunk.

The Red weevil problem and why it is so difficult to detect until already very affected is because it is the larvae that attack the palm tree.

Attacks the palm tree at the base of the leaves, which is where the eggs have been laid by the females, and as they move towards the interior, new females are added, attracted by the strong odor that the palm leaves when chewed. The larvae, which have fierce jaws, chew the most tender internal parts of the palm tree until they reach the apical bud and the palm tree dies.

How do I know if my palm is affected by the red palm weevil? 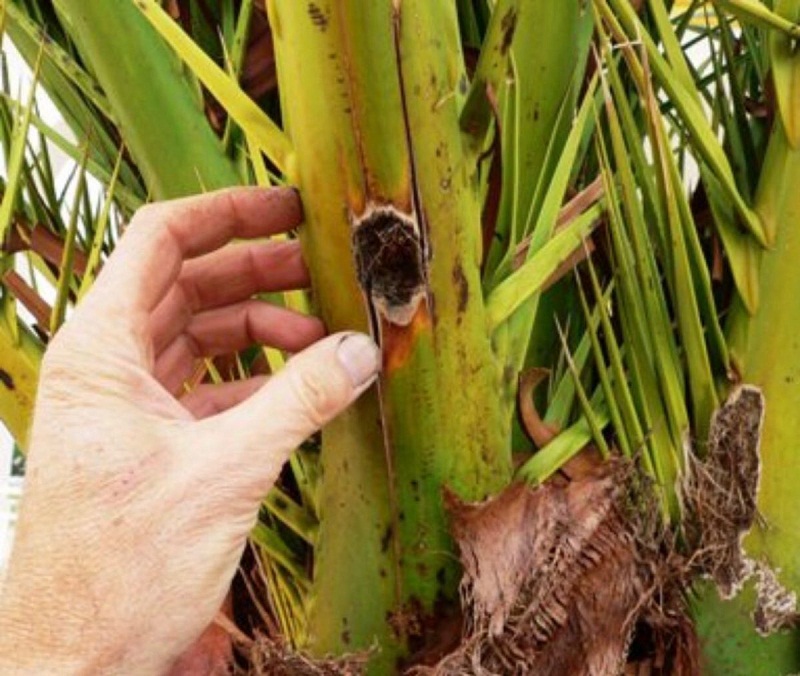 This is a question that if you live in affected areas surely you have done several times. We indicate some guidelines to know if your palm is affected.

In the affected plants yellow and wither the central leaves and in a few weeks, the whole crown is affected. When this happens, and the apical bud is affected (buds formed by the vegetative zone of the stem and by the modified leaves that protect it), the death of the plant occurs.

One of the most serious problems in dealing with the damage caused by the weevil is that the symptoms become visible when it is too late and the specimen is badly damaged. Therefore, the control of this plague is very complicated.

To avoid spreading, it is decided to eliminate affected feet and suspects, but investigations have advanced and in many cases, with proper treatment, damage can be reduced and even the affected specimens recovered. 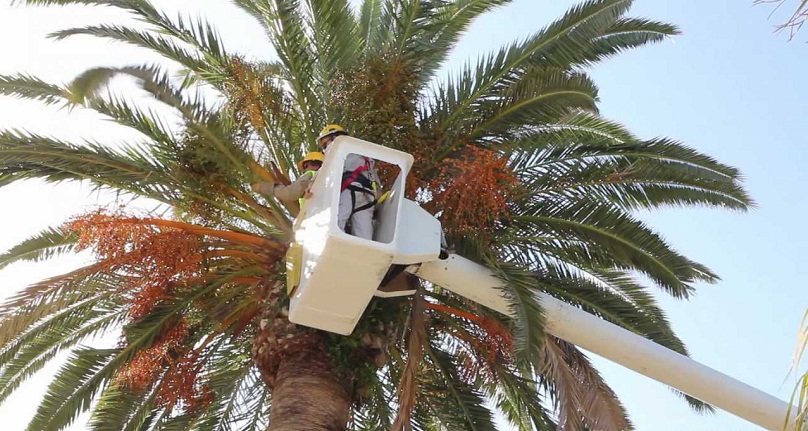 All those public or private owners of palm trees affected by red palm weevil in the communities in which the pest is present, such as the Valencian Community, must report the condition to the competent Administration.

The second step to take as soon as the pest is detected is to destroy the affected specimen and treat immediately all the surrounding palms. A general measure is to put a network of traps with aggregation pheromones and food attractants. In this way, adult boll weevils are captured.

Individually, some specimens can be treated with surgery, eliminating the affected areas and respecting the flower so that the palm tree can sprout again. This “intervention” should be done by a professional, because if it is not done correctly, we can spoil the plant aesthetically, since the new twisted leaves will come out or, in the worst case, the specimen will die.

One method that so far more successful is the combination of insecticide sprays microencapsulated application sheets in projections insecticides in the trunk. In this way, the insect is eliminated in the zones of the crown and those of the interior of the trunk and bases of the leaves.

A treatment schedule must be established because with a single application we can not eradicate the infection and it is necessary to protect healthy specimens.