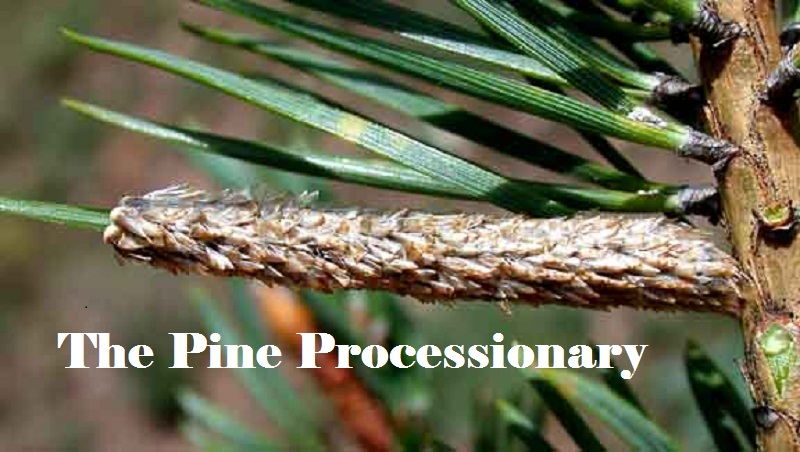 The Pine Processionary is the most important pest of the Mediterranean pine forests. It owes its name of “Procesionaria” to which it moves in the group in an aligned way, as a procession. From the reference blog in gardening and pests, we want to help you to know it, fight it and eliminate it.

What is and where is the pine processionary? 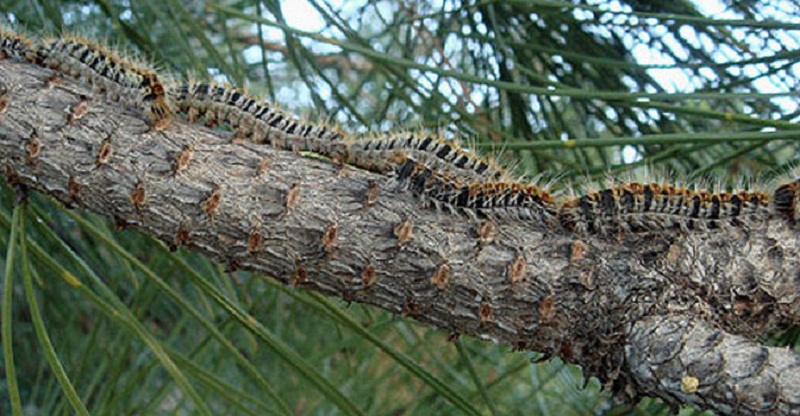 Beginning in May they will begin to fly again copies of “Thaumetopoea pityocampa”, a nocturnal moth that we all know, in its caterpillar phase, as “pine processionary”. They make their nests in the trees and feed on their needles and buds. When their number is excessive they become a plague. In their wake, they leave a bleak panorama of skeletal and diseased pines. But although the visual effect is very dramatic, many of these trees will sprout even more strongly. They also attack cedars and first.

With the arrival of spring the large nests of ‘Thaumetopoea pityocampa’, begin to hatch, this nocturnal butterfly known as pine processionary, inhabits the pine forests of Alicante and its entire province, with the southern and central part of Spain its places favorites

The processionary lays its eggs on the apical branches of the pines and cedars so that their caterpillars at birth feed on the young sprouts of needles (the name given to the needles or leaves of the pines).

The caterpillars of the processionaries, with their bodies covered with long hairs, are dangerous because they are stinging. No direct contact is necessary when they feel threatened they can throw their silky hairs into the air generating irritations and allergies to people and animals.

To combat this plague, it is essential to know its biological cycle 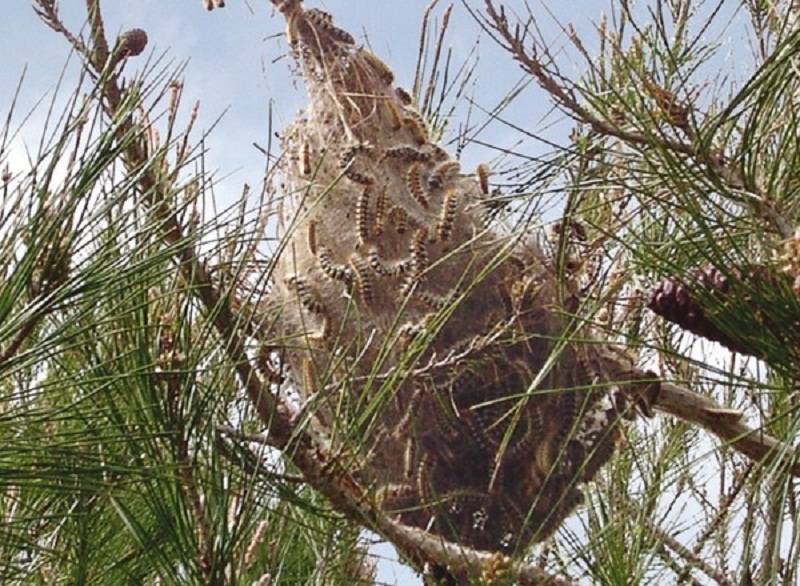 Depending on the weather, in the middle or late summer, the processionary butterfly performs the laying of eggs in the needles of the pines. After a month the caterpillars that are grouped in the characteristic pockets are born.

The larvae, born in the summer, spend the cold months in their pockets located in the branches of the pines, these pockets are made of edosos threads and inside them they lodge of 100 to 200 larvae. At sundown, the caterpillars enter into activity and begin their march in search of food in an aligned manner. When they have finished feeding or when the cold of the night is considerable the processionaries return to the pocket. At the end of winter, they come down from the pine tree to bury themselves in the ground in order to transform themselves into butterflies. In the middle or late summer, the butterflies leave the land and, after copulation, a new setting takes place in the branches of the pines. The butterfly is little known because it only lives 24 hours.

Caterpillars take about 30-40 days to hatch. Immediately after hatching they begin to feed in the same place where they emerge, later moving to other areas where they build temporary silk nests, maintaining gregarious behavior during the five larval stages.

In the larval phase the caterpillars are actively feeding so that they can eat the pine needles completely in which the colony is located. At this point and, as in previous stadiums, the colonies would descend to the ground to look for other pines to feed on. When the environmental conditions are favorable mature larvae leave the pines and go in procession towards the ground to bury themselves and consolidate, the female who heads the procession looks for the sunniest, clearest areas and edges, when it comes to cold and temperate zones, going to more shady places in the case of warm areas. The optimum temperature of the burial site is about 20ºC.

Depending on the geographical area this will occur before or during the spring. In areas like Alicante, this occurs between the months of February-March.

Systems to fight the processionary 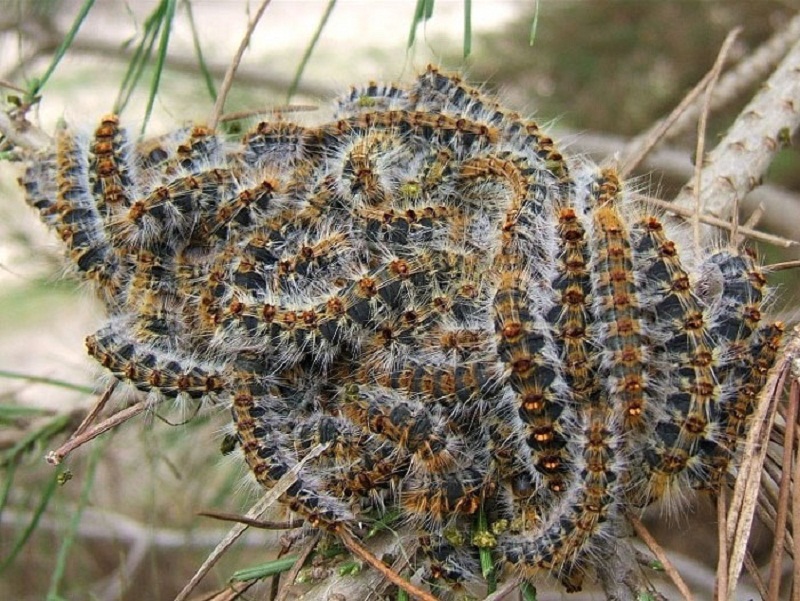 Remove the pockets by cutting them one by one, except those in the terminal guides, as these can be damaged and it would be worse. Before cutting them, water them well to reduce the hives.

Break the bags with a stick (being very stinging, you have to be very careful). This must be done on the coolest days and at dusk, so if one has escaped it will not give you time to redo the bag and die of cold at night.

Look for the nesting areas of the caterpillars when they are in terradas in the garden, it is usually observed a mound of sand removed and on the raised ground of about 15-25 cm. of approximate diameter. Unearth and kill the caterpillars.

Pheromone traps. It is about capturing males by using synthetic pheromones of the female, the male is caught preventing fecundating the female so the reproduction cycle is altered.

In large pine areas, we can introduce natural predators, as long as they do not pose a danger to other species. The main predators and the most effective are, among the birds, the coalmen and the tits, two insectivorous birds especially voracious with the procession. Mammals can be used llirón fronts and bats, and although their company is not very pleasant we can count on wasps, cicadas, and ants.

For a garden, it is best to promote the existence of insectivorous birds by installing nest boxes, feeders, etc. that serve as a claim and refuge for birds.

Other methods to fight the processionary is with the application of chemical treatments by means of the specialized machinery of fumigation, and also other treatments by means of ecological insecticide (use of Bacillus thuringiensis). These treatments can only be undertaken during the beginning of autumn, date in which the insect is in a phase in which it can be attacked with insecticides. Remember that the application of phytosanitary products can only be done by the person with the official card.

The characteristic damage that it produces is the defoliation that usually does not kill the tree but can weaken it greatly, thus facilitating the attack by other enemies. If we eradicate the pest in time, the tree will regenerate over time, so we must act as soon as possible.

We hope we have helped you to know the procession better and eliminate it.