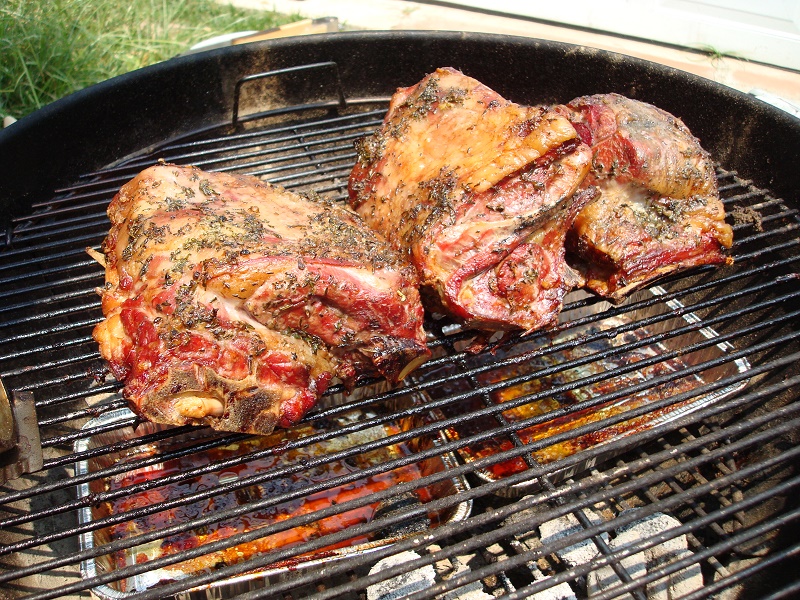 The best plan for family and friends is a good barbecue. Here we tell you all about barbecue grills, the best cuts of meat, the accompaniments and how to succeed in front of the grill. Sunday sun with clear skies, children running around the yard, the wood burning and that smell of meat on the grill that makes anyone’s appetite awaken. Nothing more traditional to have a good time in the company of family or friends that roasts with everything in order. But, how to make a roast? Let’s discover.

How to make a roast with a grill? 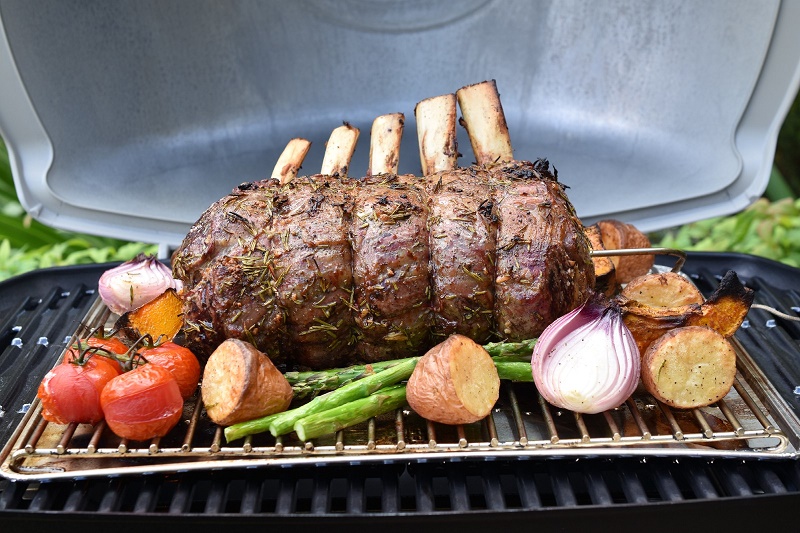 Everything has its order and its protocol, especially in the barbecue. For this reason, fundamental ‘ingredients’ must be taken care of, such as the grill on which it is executed, the fire for cooking and everything that will be put on the plate. This is a guide to make spectacular roasts that leave diners satisfied, and the neighbors craved.

There are three types of barbecue grills: portable, gas and fixed charcoal. Of these, the first is the most common, since it occupies little space and is easy to use and wash, taking into account that not in all cases there is a large patio or a barbecue area at home.

The reality is that even the house fireplace can be turned into a small grill if you adopt a grill to remove and put. There are in the market ideal light grills for excursions or picnics that can serve for this purpose.

But if you count at home with a balcony or a small terrace, the options are extended. For example, the good idea is to use the circular grills, which are like a little egg whose upper half is the lid and the lower half serves as a container for the coal.

These grills are comfortable, practical and bring good heat to the roast, but they are usually small, so if the idea is to serve several diners perhaps several rounds should be planned.

The rectangular cart grills. They are usually found in the market of different sizes, and their characteristics are similar to circular ones. These, in turn, allow better use of the space of the grill and distribution of the heat by zones to handle the cooking temperatures. 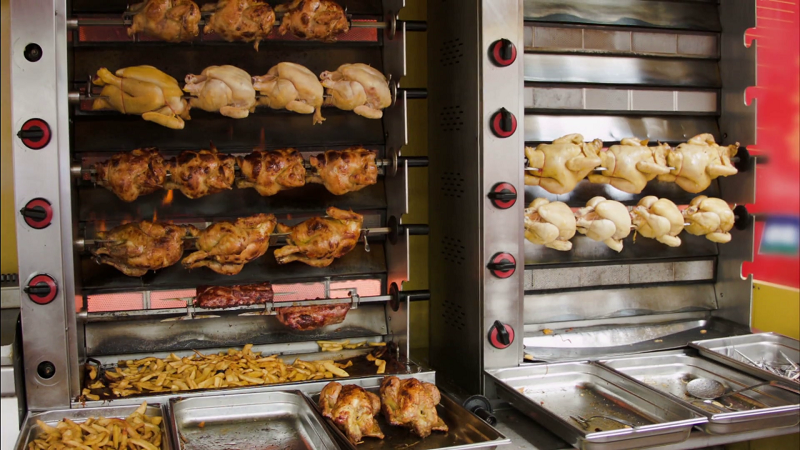 Within the portable grills we also find the gas grills, and here the range of possibilities is enormous: from the small and basic to the largest and most sophisticated, which include several grill floors and side burners’ type stove or iron.
The most important thing when choosing a portable grill is to take into account the space you are going to occupy since a grill on the terrace is better than vice versa. Also, when using it will heat up and emit smoke, so you should reserve enough space around to allow the comfortable and safe movement of the cook.

It is necessary to remember that these grills are fed with pipes or gas bottles, so they must be used in a well-ventilated place and following all the precautions of the case.

If we have a garden or patio of sufficient size at home, we can build a fixed grill. This is the best idea, but the one that requires more space, since in addition to the grill you should contemplate a place to store the coal and wood, and if possible an allowance to prepare the dishes.

While each cook has its secrets, there are basic rules for fixed grills: the grill should go up and down to set the cooking temperature, the irons should ideally be in the channel and somewhat inclined so that the fat drips and the front open with the In order to allow an easy feeding of coal and its subsequent cleaning.

The taste of the meat does not only depend on the quality of the cuts or the ingredients used to marinate it: it is important to remember that most of the result of a roast comes from the fire. Therefore, it is a ritual that should be followed, and here are the recommendations of the experts:

How to light the fire for a roast?

The best way to light the fire for a barbecue is to use newspaper pellets and small flakes. As they go on, sticks get thicker and thicker. Never, but never, accelerators such as alcohol, gasoline, wax or paraffin can be used in this process, because they will leave on the grate their vapors and the unpleasant taste of their combustion, and the meat will taste like oil.

Important: the meat is not roasted to the flame, but to the coal. The direct flame scorches it but it does not cook it, and then the surface will have an unpleasant burnt taste. Therefore, the wood should be lit sufficiently in advance to allow it to be reduced to tails before putting the meat on the grill.

If the wood is going to be used, it is advisable to use wood that has been parked for a long time and when it is scorched. If the wet wood is used, we will have an excess of white and thick smoke, and it will be difficult to keep the fire. In the market, they usually sell the wood ready, dry and in packages of uniform size, but if you have the opportunity to choose, you should avoid using very resinous woods, such as pine or eucalyptus, and prefer hardwoods such as orange, oak or apple.

Charcoal is the residue that is obtained after the burning of wood and can be used as food for a good barbecue fire. Its main advantage is that it is faster than wood because you should not wait for this to be done before using the grill.

The quality of the charcoal depends on the technique with which it is produced and the hardness of the wood used. Although there are compressed carbon bricks on the market, it is best to use the one that comes in its natural form, choosing the bags that contain larger pieces.

Again, in this case, it is necessary to avoid the chemical precursors and limit themselves to the ignition with the traditional newspaper pellet; and wait until a steady, incandescent grill forms before using the grill.

The best meat for a barbecue 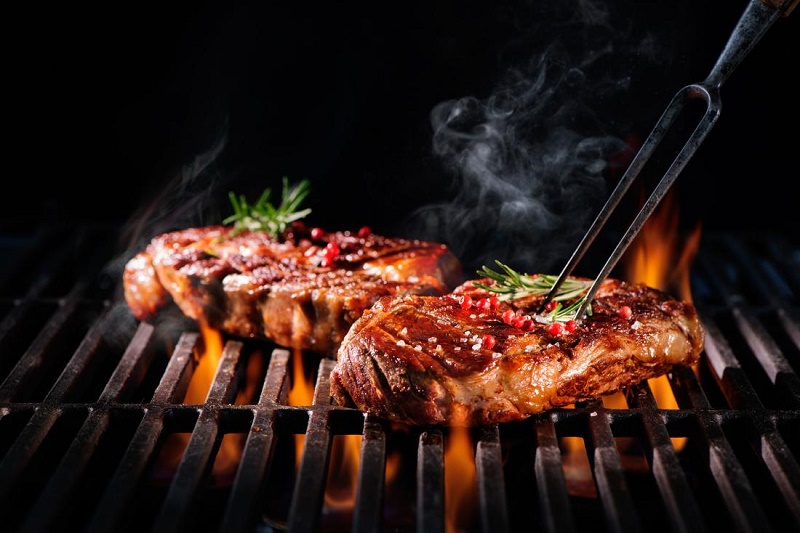 There are several types of roast, but we can summarize them to three basic ones:

American barbecue: it is very common in the southern United States, in states such as Mississippi, Texas, Kentucky or Alabama. It is based on smoked and long cooking, using cuts such as pork breast and rib of beef, and pig neck, shoulder or leg, among others, previously marinated in strong and spicy sauces.

Argentine barbecue: it is a famous representative of the gaucho gastronomy. The most used cuts are the chorizo steak, the entire part, the roast strip. The key in this type of barbecue is the respect for the exact term of the meat and marinate only with salt barbecue. Also, Creole sausages and blood sausages are usually placed on the grill.

How to choose meat for a barbecue?

The ideal meat for roasting is that which has a good fat content, which is presented in the layers that cover it and in the veins inside the meat, called marbling. This fat will give more flavor to the meat, so it is advisable to avoid lean and delicate cuts like the loin.

In the market, you can get the whole cuts (the flat, for example) or already portioned (churrasco, for example). Even vacuum packed cuts are obtained, and they have been matured in refrigeration for a few days, a process that brings tenderness to the meat.

As for how to marinate meat for roasting, in the case of a Colombian barbecue the best way is to let it marinate for a couple of hours in refrigeration, in a mixture of beer, onion, garlic, and salt, and when grilling, brush it once in a while with a little bit of this marinade.

Accompaniments for a barbecue 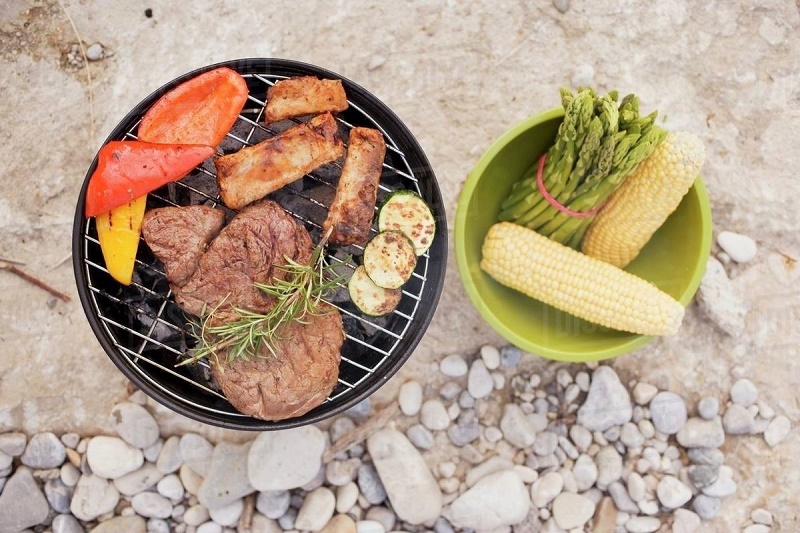 According to the type of roast, there are different accompaniments:

American barbecue: it is usually accompanied with roasted potatoes, macaroni and cheese, cornbread and cabbage salad. The traditional drink is cold beer.

Argentine barbecue: presented with French bread and salad of lettuce, tomato, and onion. To drink, nothing better than a red wine, which can be ideally from the strains Malbec (typical of the country) or Cabernet Sauvignon. You cannot miss a good chimichurri.