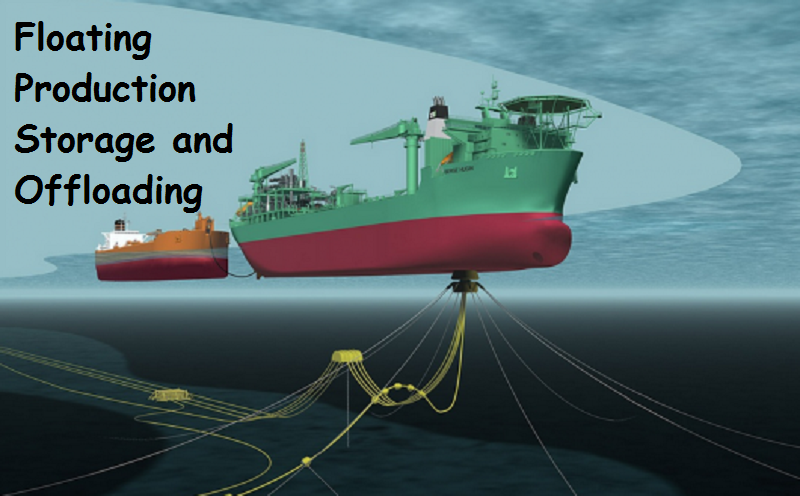 The floating production storage and offloading by Anglo-Saxon acronym derived from Floating Production and Storage Unit. They are floating units of production and storage. This designation explicitly shows the main functions of this type of vessel.

These floating units are used in the traditional fields of offshore hydrocarbon production when it is not possible to connect to the ground facilities with a trunk line of pipelines. They not only process the produced hydrocarbons but also store them for a certain period, until a transshipment vessel makes the unloading to take it to land.

FPSOs are very useful in deposits in the early stages of production where, in addition to the lack of pipeline infrastructure, the final well tests have not been completed. In these cases, once the production and transport infrastructure is completely developed, the FPSO can be installed in a new field of production at an early stage of development or in another marginal field. 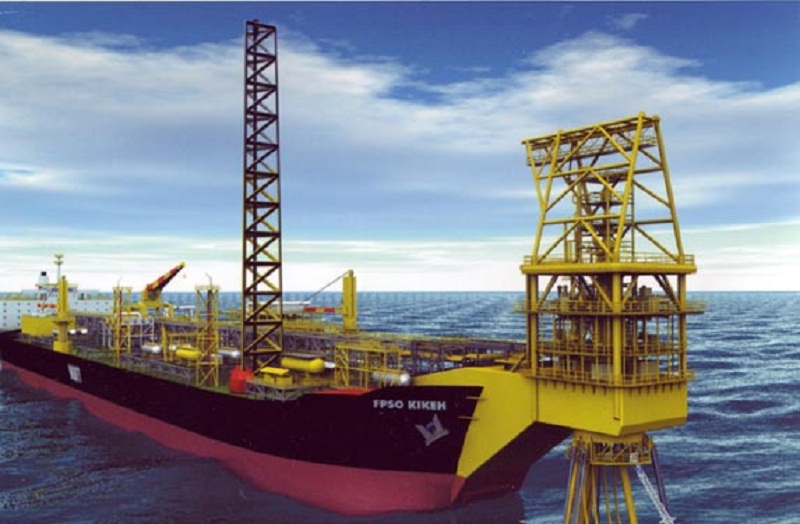 Most FPSOs have been built by reforming and converting large tankers that have a dynamic positioning system. These systems allow a boat to maintain a certain position or direction, using its propellers and measuring permanently and comparing its position concerning the reference position.

The Dynamic Positioning systems allow, through the integration of several onboard systems, to obtain the precise maneuverability capacity for a ship in changing conditions. These systems are designed to eliminate the use of anchors and provide greater precision during work processes such as maneuvers for laying lines, cable laying, pipe repair, etc. Additionally, it eliminates the traditional routine system of anchoring movements with tugs and the use of divers, eliminating the risk of breaking cables or existing lines in the bottom. All these advantages result in lower costs, fewer accidents and greater efficiency in the availability of work on time. 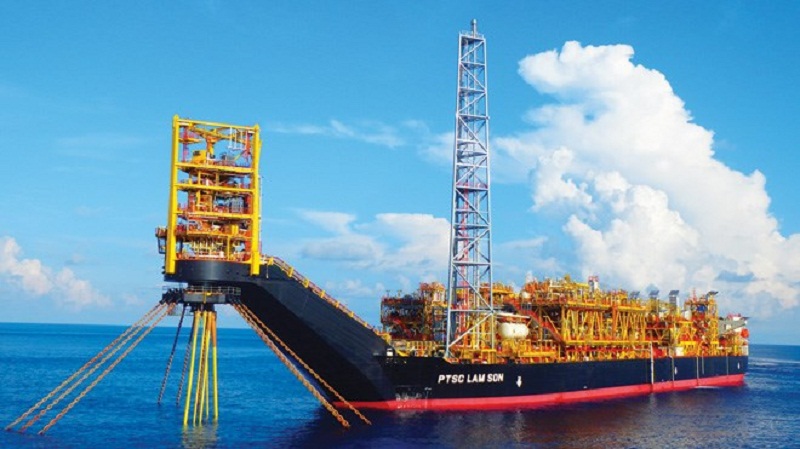 The FPSO units as floating units are subject to all environmental conditions typical of the marine environment. As for their operational benefits, they show significant differences with that of a conventional vessel. They must remain anchored in their position throughout the life cycle of the field they exploit. This supposes, on the one hand, greater exposure to fatigue phenomena and on the other hand, a need to foresee that it is not possible to carry out intermediate windings for inspection and repairs. Therefore, all its constituent elements must have greater robustness and be designed under this consideration of the vital impact on the operation and maintenance of the unit.

These vessels have incorporated a production plant whose purpose is the separation of the different fluids present in the oil of a marine deposit. The sizing of the plant responds to parameters of this technology, and that are defined by the characteristics of the deposit and, therefore, of external variables to any maritime consideration such as the percentage composition, properties of the elements present in the fluid, expected life of the reservoir, pressure, and temperature of the fluid, injection needs.

Characteristic of these ships 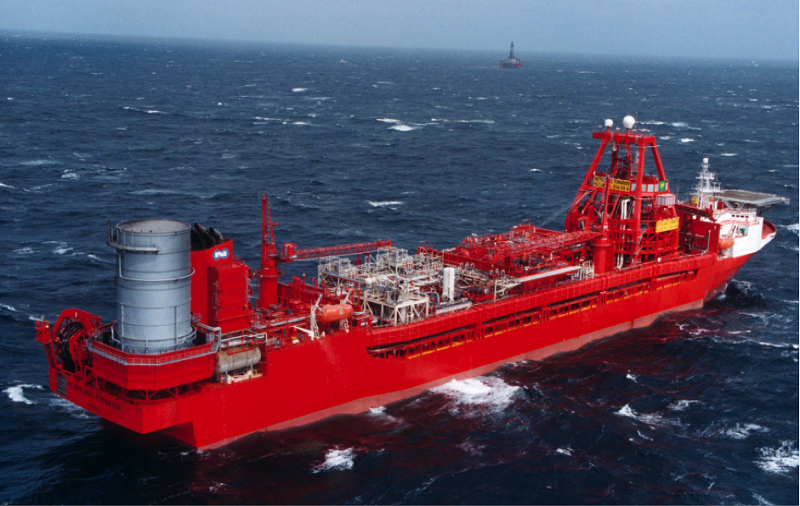 The characteristic of these ships to be able to store crude is precisely what gives them advantages over any other alternative when it comes to exploiting deposits in deep waters. The FPSO becomes the best option in these waters to be the holder of the highest ratio effectiveness/cost of all available.

Another of the important characteristics of the FPSO is that of being able to transfer the obtained oil to another oil tanker for its transport to the ground facilities, the fact that solves the problem of the lack of oil pipelines in deposits located in deep waters far from the coast. Of course, to ensure the continuity of the production and unloading process, it will be necessary to use two or three tankers for the transfer to land.

It has been recently when it began to use this type of units in the Gulf of Mexico, both in Mexican waters and in the waters of the United States last year, about 250 km off the coast of Louisiana and in the same way. Brazil has done so, which has become the pole of development for deepwater hydrocarbon exploration and production technologies.

The oil projects to be developed by PDVSA offshore in our exclusive economic zone will require this type of units?
Will the use of FPSO be more profitable than developing a gas pipeline network to bring production to land in the Venezuelan oil and gas projects? 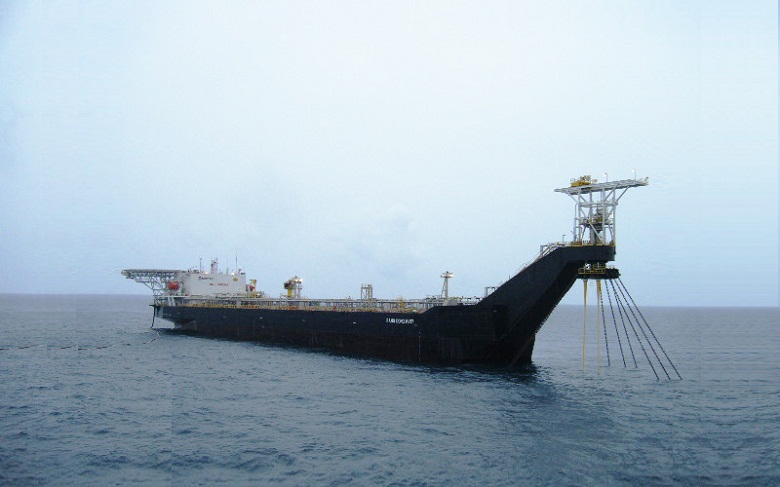 The Venezuelan naval industry would be able to face the challenge of converting one of our tankers into an FPSO?
How should we prepare the human resource for the management of this technology if it is necessary to use it?
It is an interesting topic that generates many questions in addition to the ones already commented above. To try to clarify those doubts, it would be worth starting by reviewing the content of the floating production storage and offloading training course organized by IBC Energy while we wait to receive your comments regarding the concerns raised.

In short, the configuration of the floating production storage and offloading is the result of the integration of these aspects mentioned above. It represents the search for the best combination of the three aspects.