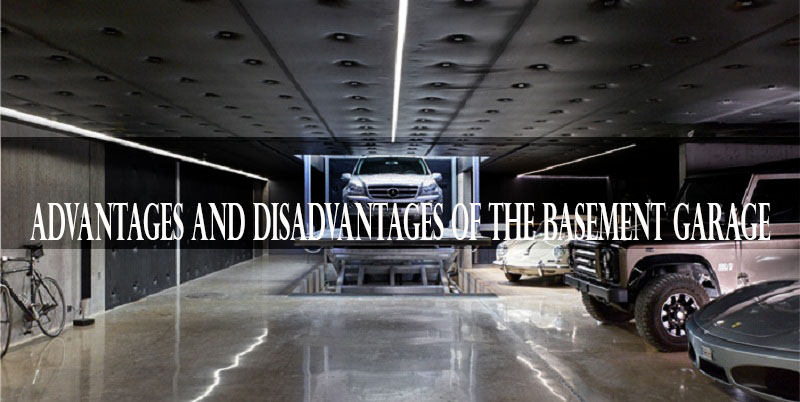 Where to park the car can be a real headache if you do not have a space for it. Many turns around the block. The desperation that the endless rides loaded with shopping bags are just some of the setbacks generated by not having a parking space. That is why it is usual for the single-family home to always have a space to use as a garage. In this article, we are going to discuss the advantages and disadvantages of the floor and basement garage.

There are many regulations require in a certain area of the plot be dedicated to the parking of vehicles. In this case, it does not necessarily have to be a garage per set. But a place that can be used for this purpose, even if it is outdoors. In any case, At the time of facing the construction of a garage for single-family housing, there are two the most common options. First one is basement garage and floor garage.

Advantages and disadvantages of basement garage 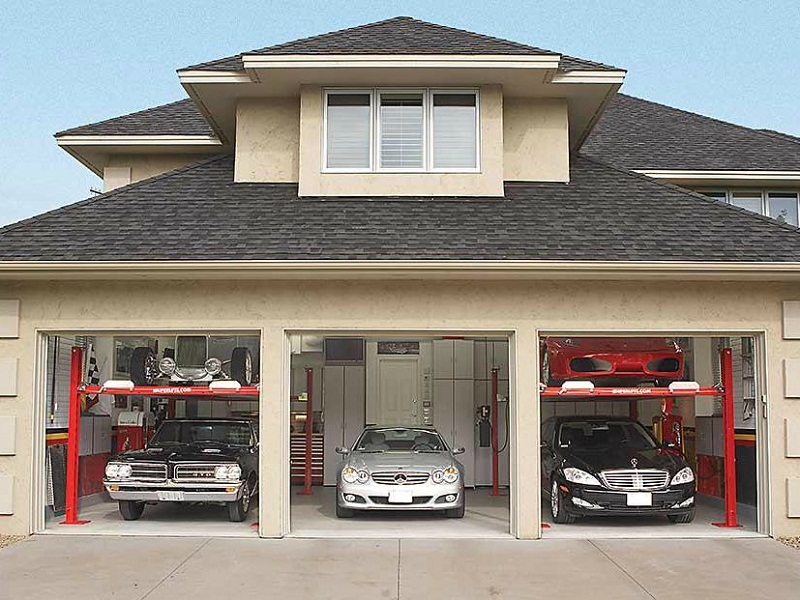 Does not count for buildability: Being below ground, the basement area in most regulations does not compute for the calculation of the maximum surface allowed to build. It is an important margin in case we seek to make the most of said limitation.

Leave more space for the garden and outdoor social areas: Not being in the floor, and in relation to the previous point, we are not dedicating a specific space in our ‘visible surface’ for the garage. Thus being able to take advantage of that space for your enjoyment.

Clear separation of the living: Not only is the garage structurally separated from the home. Also generates an almost psychological separation to be in an independent place. Separating from what would be considered as a house through a barrier in height.

Ramp: We will need a space from the street to the garage door. It depends on the difference in height. It will require its corresponding ramp, which may end up occupying a large space.

Greater technical work: At the time of managing the drainage and the isolation. In according to what terrains, we can find ourselves with certain problems. It will require a more complicated technical management than the simple execution of walls.

Comfort: Both when leaving the car, we remove steep climbs or descents. At the time of transit between garage and home. With a garage on the floor, we forget to go up and down stairs to access the vehicle. Load your bags when you arrive on a trip, download the purchase, etc.

Aesthetic game: While the garage in the basement is usually more or less hidden visually. The garage floor becomes an architectural element, entering the game of volumes and roofs and assuming. In general, an important weight in the main facade of the house on an aesthetic level.

Structural simplicity: The execution of a garage in the plant is usually simpler than the execution of housing. In the first place, wherein what would be properly a house. A foundation with ditches is usually carried out. The relevant excavation of the firm of the garage is usually solved with a concrete slab. In the same way, the insulation that is sometimes placed in the garage. Either does not exist or is remarkably less than the one used in housing. Because it is not an area in which it is so necessary.

The possibility of doing it independently: If we have enough space in our plot it is also possible not to annex the garage to the main construction and leave it in an autonomous way.

Less space needed for the ramp: Not having to make a downward trajectory access to the garage will require less space. In general, thanks to the fact that you do not need to save a steep angle in a few meters. This makes it only necessary to save the relevant setbacks or distance to the street.

Computing in coefficients of buildability and occupation: This implies that we are consuming surface that could be dedicated to housing or porches. It is a setback if we are contemplating the use of the maximum allowed in the plot. In the same way, the garage in the plan will have to respect setbacks in the same way that housing does per set.

It can distort the aesthetics of the building: Although the fact that it is part of the aesthetics of the home can play an important role when it comes to managing the volumes and games of covers at an aesthetic level. This can be a setback when generating a z visual on that assumes much weight in the architectural style of the facade. That does not go in consonance with the general aesthetics.

The commitment to a garage on the ground floor or in the basement is a choice that, as with many of the particularities of a home such as the orientation or the use of space. It will come largely determined by the conditions of the plot. That is why, despite the advantages or disadvantages of one or another conception of this space, the choice of land must be made with an eye to what we want the future housing to be built.

As for aesthetics, the possibilities are many for the adaptation of a space like this to the building as a whole. Being able to even decorate the floor and basement garage doors themselves or be used for a combination of facade materials.