If you enjoy visiting National Trust properties or stately homes and private gardens you may be tempted to look at your own garden and want to try out a few ideas in it. Whilst it may not be possible to create the wide sweeping vistas or the Treeline drives and avenues of a landscape garden, you may well be able to recreate some of the formal gardens ideas. Here is a list of some of the most famous and popular formal gardens. Each of them has certain attractive features that you could quite easily recreate in your own garden if you have the space. 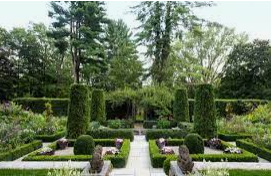 The formal garden was, and still is, one of the most popular designs a garden can have in Britain.  It’s most notable feature is the orderly pattern in which the shrubs and plants and flowers are arranged. This is usually combined with set pathways and the designers attempt to recreate “rooms” as if the garden was merely an extension of the rooms in the house. Many of these formal gardens were removed by the landscape gardener movement from the 17th century onwards. However with committed garden archaeology and old plans and maps we have been able to recreate many of the formal gardens that were in existence. We can also look abroad to places such as Versailles, which still feature these gardens and patterns. Here are some of the UK’s best examples.

Nymans – Located in Haywards Heath, Nymans is truly a garden that is able to reflect all of the seasons. It even has a ruined house set in the middle of it. One of its best features is the Trellis Rose Garden. This is easy to recreate with simple garden centre purchases or joiners material. 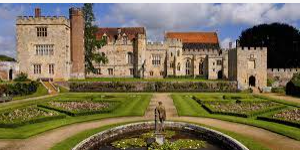 Penshurst – Located in Kent, Penshurst is a classic example of extremely well ordered planting and flower arrangement.  Everything is meticulously laid out to a plan yet there is still an informal feel to some areas where you are able to find secret nooks and crannies. Penshurst features water such as fountains in central locations with flowers arranged outside but still giving plenty of access to the feature itself.

Snowshill Manor – While it does not boast a huge garden  Snowshill is interesting as it easily illustrates the way a garden can appear as an extension of the house itself. Using the walls and fences that are within the properties boundaries, sections of the garden appear to be “rooms” themselves or at least a continuation of the collection in the house. It also incorporates orchards and agricultural use. The property is not afraid to use its vegetable growing areas as an example of the beauty of nature.

Hidcote – Hidcote is one of the most impressive examples of a formal garden still left in existence today. It has changed little from its original plans. From a garden point of view it features examples of “rooms” within the garden. It is rightly famous for its use of a lavender and has, in fact, created a variety all of its own.

All of these gardens need attention so the gardeners need Briggs and Stratton Parts from www.briggsbits.co.uk to maintain the machines as well as a team of gardeners to tend to the landscapes.